On Friday 26 December 2003 after five years of planning the largest, longest, tallest, widest and most expensive
ocean liner every built sailed into her home port of Southampton for the very first time.

The ship was named by Her Majesty The Queen at a historic ceremony that took place in Southampton on Thursday 8 January 2004.
Then on Monday 12 January, Queen Mary 2 embarked on her 14 day maiden voyage from Southampton to Fort Lauderdale. 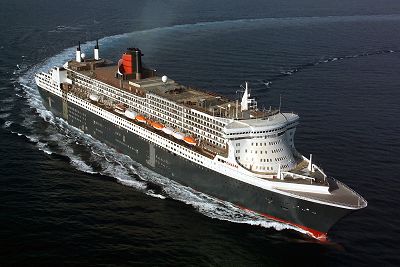 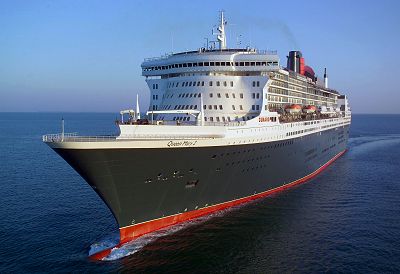 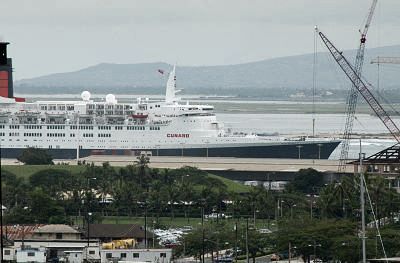 Queen Elizabeth 2, Honolulu Harbor - Friday, January, 23, 2004
While on an around-the-world voyage, this grand ship finds gray skies as she enters Honolulu Harbor.
It's classic shape makes this one of the fastest ships on the ocean. 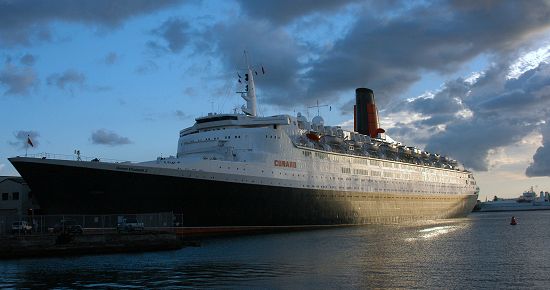 Queen Elizabeth 2, Honolulu Harbor, Pier 10 - Saturday, January, 24, 2004
A rare sight.... A cruise ship that was designed to quickly cross the worlds oceans while
providing it's passengers the highest level of comfort. Unlike many newer ships that are designed primarily for increased capacity. 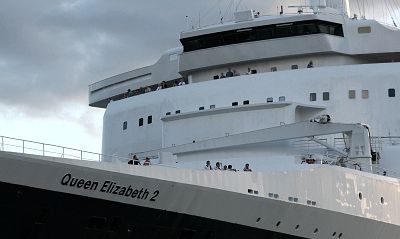 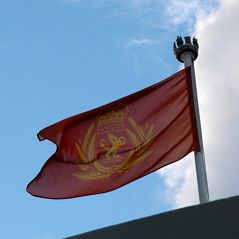 Queen Elizabeth 2, Honolulu Harbor, Pier 10 - Saturday, January, 24, 2004
Crew and passengers look out over Honoululu as the ship prepares for a sunset departure. 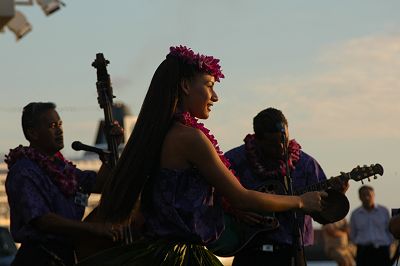 A crowd gathers at the base of Aloha Tower as Hawaiian music and dancing say Aloha to the departing cruise passengers and ship. 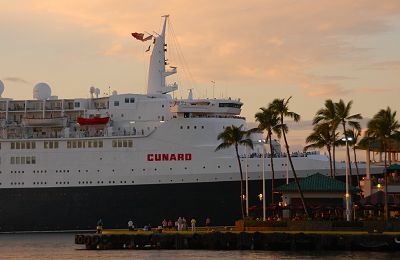 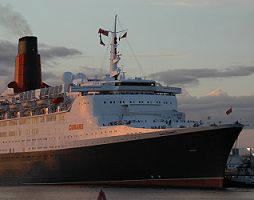 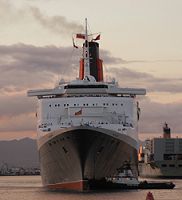 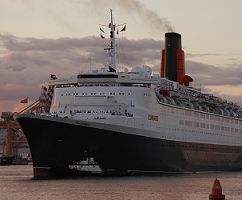 The Queen Elizabeth 2 leaves the harbor and heads west as it chases the sun to it's next port, Hong Kong. 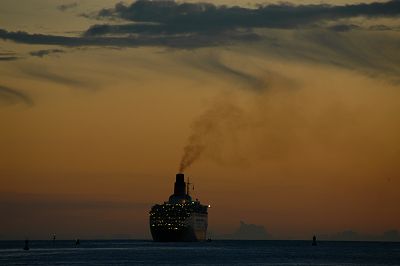