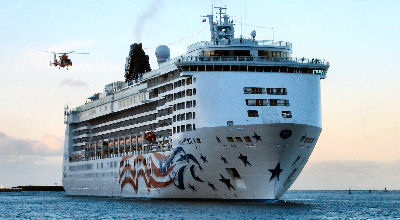 Pride Of America arrives in Honolulu Harbor for the first time. - July 22, 2005
1600 passengers arrived from San Francisco after a 10 day cruise on NCL's newest American flagged ship.
After an extensive delay in construction due to storm damage the Pride Of America enters service in Hawaii. 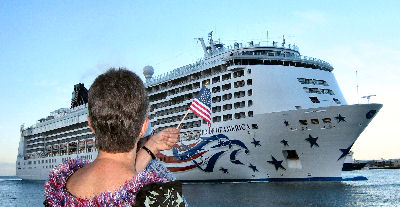 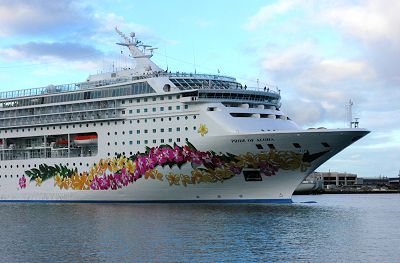 Pride Of Aloha's first arrival in Honolulu Harbor - July 2, 2004
After crossing the Pacific from San Francisco the Pride Of Aloha arrives for the first time at pier 10.
Despite a tug boat strike on the Island the Pride was able to negotiate it's way. 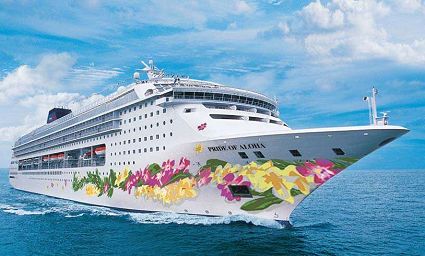 Artist Conception of the Pride of Aloha Cruise Ship - Tuesday January 20, 2004
Schedules have been changed and this ship will begin service in the Hawaiian Islands in July
replacing the delayed Pride of America. 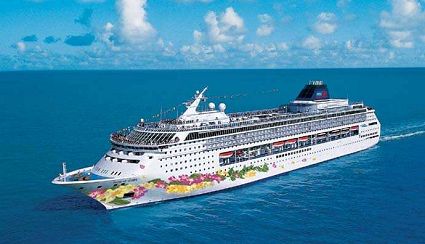 Artist Conception of the Pride of Aloha, previously known as the Norwegian Sky - Tuesday January 20, 2004
This ship has been placed in hawaii early to handle the cruises originally scheduled for the
Pride of America which sank while docked in Germany.

Norwegian Star enters Honolulu Harbor - Sunday June 8, 2003
The Norwegian Star arrives each Sunday and departs again that evening at 8pm for it's Hawaii Cruises.
As of this photo the Star was making weekly round trips from Honolulu cruising the Hawaiian Islands. 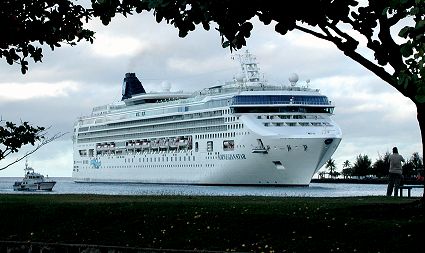 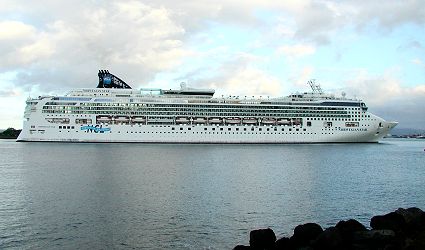 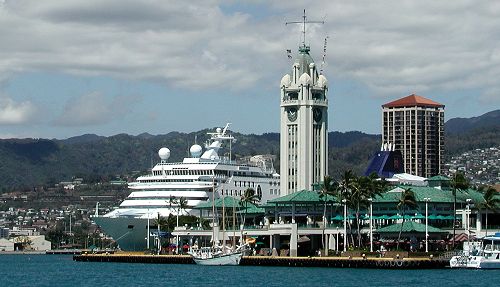 Norwegian Wind Honolulu Harbor Pier 10 - April 14, 2003
The Norwegian Wind at the Honolulu Hawaii Cruise Terminal, Pier 10, and Aloha Tower and the Aloha Market
Place in the forground. During the 2002/2003 season she arrived 2-3 times each month. As of this photo
the Wind was making weekly round trips from the mainland and Honolulu cruising the Hawaiian Islands.
This was one of the Winds last stops in Honolulu for the Winter 2003 season before repositioning
to Alaska for the Summer. 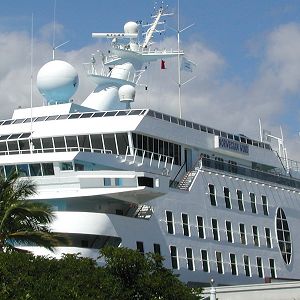 The Wind sits at the Honolulu Cruise Terminal with downtown and the island of Oahu behind it. 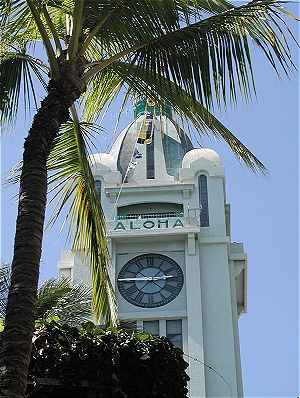